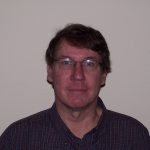 Ronald Roberts received a Bachelor of Science degree with honor in Civil Engineering from Michigan State University in 1977.  Mr. Roberts has continued his education through a number of continuing education classes offered by the University of Washington, the University of Alaska and a variety of professional and industry programs.

Following two years of employment with the Boeing Company as a Civil/Structural Engineer in Plant Engineering, Mr. Roberts entered the consulting engineering profession in 1979, accumulating an additional seven years of engineering design experience at the firm of Kramer, Chin and Mayo, Inc., Seattle, WA.  These first nine years spent in design provided a solid foundation of responsibility and experience in a wide variety of project types and construction materials and methods.

In 1991, Mr. Roberts formed Roberts Engineering, a structural engineering consulting firm with the goal of providing timely, cost effective solutions without the organizational inertia commonly found in large consulting firms.  We believe that our long term relationships with most of our clients provide abundant evidence of our success at being responsive to our clients needs.